Posted at 13:21h in Adventure of life by alison 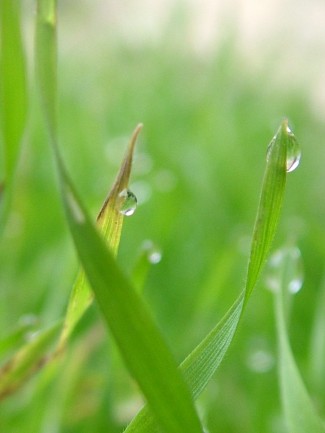 On Thursday 31st October we set out to make our first ever film about Foot Trails. Exciting!

Keen to share our message with the wider world we wanted to communicate who we are, what we do and what the experience of walking in rural England is all about.

We were in capable creative hands with Alun Callender our top choice to help us make the film. Alun’s images appear in some of the UK’s top visual magazines such as Country Living and he knows Foot Trails well having worked with us several times before.

There was a heavy glistening dew (above) and air of anticipation as our energetic party of 7 set off for beech woodlands on the Wiltshire and Somerset borders.

Making a film takes time. Lots of time. And it’s busy but fun.

First you need to know what story you want to tell.

Then after planning and sourcing locations (thank you David) and models (many thanks to my fantastic previous neighbours David and Karen) there is the shooting of the footage itself.

We started at 8am and we finished recording the voice over narrative at 6pm. Filming outdoors always brings a tense period of anticipation in trying to judge the best day with the weather. We were fortunate. The light in the beech woods during the morning especially was quite magical and the colours were glorious.

Here are a few behind the scenes pictures (thanks to my son, age 13) which record just some of the things which happened during the day.

Work continues after shooting the footage with editing and we can’t wait to share our first film with you soon! 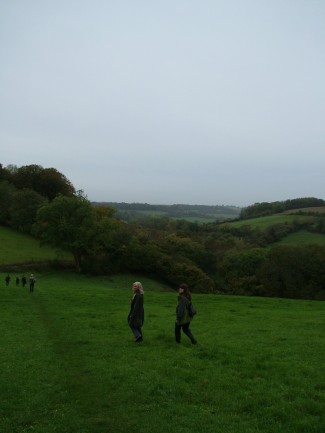 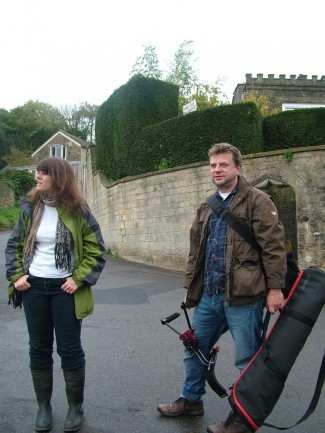 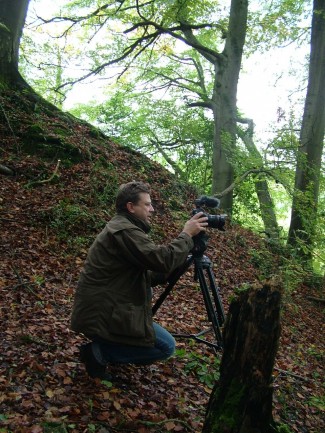 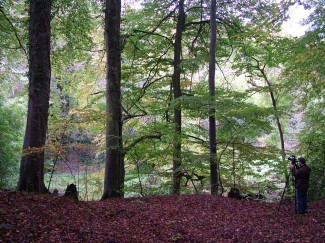 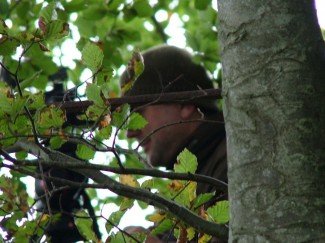 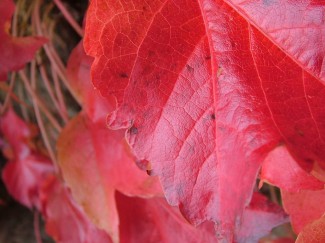 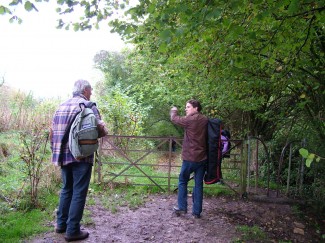